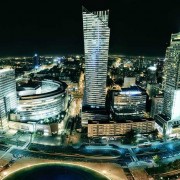 This article comments on the important changes in the regulatory landscape of consumer (personal) loans in Poland granted by non-bank lenders, which are entering into force on 11 March 2016.

The most important regulatory reference for non-bank lenders (including payday lenders and on-line lenders) which are, or plan to be active in the consumer (personal) loans business in Poland is the Polish Act on Consumer Credit (ustawa o kredycie konsumenckim) (hereafter, the ACC). Generally, the ACC is the implementation of EU Directive 2008/48/EC on credit agreements for consumers and therefore Polish regulations and requirements regarding the lending process and the content of loan documentation are generally in line with EU standards in this respect. Other important pieces of legislation regarding the consumer loans market from the point of view of the lending process are also the Personal Data Protection Act, the Consumer Rights Act and the Electronic Services Act.

Under the ACC, a consumer loan is understood to be a loan of no more than PLN 255,550 (approximately EUR 60,000) or the equivalent of this amount in a currency other than the Polish zloty, which the lender grants (or which it promises to grant) to the consumer. Payday and on-line loans to be granted to consumers by a Polish non-bank lender are generally considered to be consumer loans under this definition.

The provision of loans (pożyczka), including payday and on-line loans, to consumers by non-bank lenders under a civil-law contract does not require a banking (or other) license in Poland (as opposed to credit (kredyt) provided by banks under Polish Banking Act, which requires a banking license).

Non-bank lenders can only operate as a limited liability company or a joint-stock company with a minimum share capital of PLN 200,000 (approximately EUR 46,000), in which the capital can only be paid up in cash and the members of the corporate bodies can only be people who have not been convicted for certain offences or crimes.

Given that financial services provided by non-bank lenders are provided in most cases to consumers, the main regulatory body that supervises the market and performs controls is the Polish Office of Competition and Consumer Protection (Urząd Ochrony Konkurencji i Konsumentów, UOKiK).

The Act on the Amendment to the Act on Financial Supervision, the Banking Act, and other Acts of 5 August 2015 (hereafter, the Amendment) introduces important changes to the regulatory landscape of the consumer loans business in Poland, which will have a significant impact on the payday and on-line loans sector.

The Amendment covers, among other things, the following aspects of the non-bank lending business in Poland, which enter into force as of 11 March 2016:

I believe the Amendment will have a significant impact on the non-bank lending business in Poland. The main trend to be expected is the extension of the product offering of payday lenders (which have offered mainly short term and relatively small loans to date) with longer term loans of a higher value, repaid in instalments. In my opinion, the reason for such a shift is that the limits of non-interest costs of credit and payments related to late payment that are being introduced undermine the main source of income to date of payday lenders, whereas these limits do not have such an adverse effect on longer term, higher value installment loans. In fact, such changes can already be observed as the market players have already adjusted their product offering to the new regulatory framework.

This article is my personal opinion and cannot be considered as legal advice.

The article was also published on my LinkedIn profile and can be found here.